Are Hackers Being Let Down In Education? 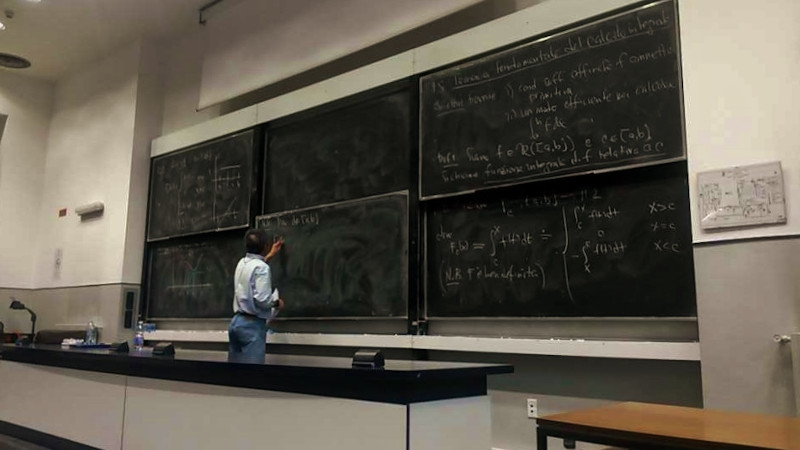 In my work for Hackaday over the years I have been privileged to interact with some of the most creative people I have ever met, I have travelled far more than I ever did when I toiled unseen in an office in Oxford, and I have been lucky enough to hang out in our community’s spaces, camps, and dives across Europe.

Among the huge diversity of skills and ideas though, it’s striking how many of us share similar experiences and histories that have caused us to find our people in rooms full of tools and 3D printers. One of these things I found surprising because I thought I was the only one; I never fit in with the other kids at school, I found much of the teaching incomprehensible and had to figure things out for myself. As an exercise recently I did a straw poll among some of my friends, and found that a significant majority had a similar experience. Clearly something must have gone badly wrong in the way we were being taught that so many of us could have been let down by our schooling, and maybe to understand the needs of our community it’s time to understand why.

School: How To Put A Child Off Learning For Life

Where we go to school is not our own choice but one made for us by our parents — and often times that’s just a default of going to the school in nearest where you live. My parents were lucky enough to have some choice and I ended up through a scholarship at my local academic high-flyer’s school. It was a place that parents across my county rate as an Extremely Big Deal, so I found myself the only blacksmith’s kid at Hogwarts. In short, it was an exam factory where stuffing facts into your brain was the order of the day rather than necessarily being expected to understand those facts.

There are two sets of lessons from my school which stick in my brain, one because it spectacularly succeeded in teaching me what I needed to know, and the other in which it completely failed. The first was the physics curriculum, while the second was the music teaching which I gave up without a shred of regret after three years. In my physics class I gazed in wonderment as the beautifully ordered and interconnected thread of SI units fell into place and bound together an understanding of how the world really worked that still serves me today. In the music class I sat there as a teacher who evidently understood how it worked expected us to share his understanding simply by being told that it worked. I came away with a glossary of musical terms and oddly a knowledge of how a violin works (which is pretty cool), but I can’t honestly say I had a clue about any of the rest of it.

I think I’ve stumbled on the key to why this has gone so far wrong in my description of the music lessons. The mindset I share with so many of my friends in this community is one of requiring to understand something as part of learning it, in other words to merely tell us something is to then see it drift away in the maelstrom of other extraneous facts while to show us the reasoning behind that fact is to cement it in place. Thus I understood physics because I could spend a happy afternoon measuring the specific heat capacity of water and then see how those units could be defined in other terms, while the music passed me by because I was simply being told things without any frame of reference or meaningful means of investigating them.

I have since learned as a grown-up that there is a whole branch of musical learning referred to as musical theory, perhaps if I had been taught that in a similar way that I learned the structure of a BASIC program I could have understood some of it.

As an exercise over the last few weeks I’ve approached music again as a grown-up, to see how I could understand it with the benefit of an extra three decades. I now have the tools in the form of sequencers such as LMMS or environments such as Sonic Pi to cross that divide into understanding through practical investigation that was missing in my school days. Traditional musical instruments have complex and arcane user interfaces with a huge learning curve that leaves the experimenter none the wiser, something oddly akin to typical modern CAD packages. It’s hardly surprising that just as with CAD where I’ve found salvation in the coding interface of OpenSCAD, so I might find the same with its musical equivalents.

I was taught at school that there are seven notes in an octave, A through G which are the white notes on a piano. This I have found is of course a lie, because when you factor in all those black sharp and flat notes on the piano keyboard there are about twelve. The black notes we are told are half a note between the white notes, but just to seriously confuse matters there’s a pair of white notes that don’t have a black note between them, yet I understand are only half a note apart. I further read that the key of a piece of music is the note it starts on, which depending where on the keyboard it lies can be a major key which sounds happy, or a minor key which sounds sad. Musical timing is expressed in beats, which are grouped in fours to form bars, which I can see as the bits between the vertical lines on a sheet of printed music. Which is something like a primitive version of the waterfall plot from my SDR, a cross section of a frequency range over time.

The slightly humorous tone of the preceding few sentences conceals a serious point, which is that this relatively meaningless junk is how I understand that music works based upon how I was taught the subject, but which is completely useless when it comes to making any of the stuff. So let’s start again. I have twelve notes, they are my syllables. The number of beats per minute is my clock, and I can adjust that to match the speed of my chosen musical style. A bar is four beats and becomes something equivalent to a word, and some reading tells me four bars can become my sentence. I’m ready to make music!

Four Chords And An Attitude

Except I’m not, because all I’ve done is define my canvas. If I could write a melody I could produce a simple tune, but it would come out in the manner of a nursery rhyme. I’m more interested in the structure of the everyday music I might hear, and for my first ray of understanding I’m indebted to the Aussie comedy rock band Axis of Awesome for their famous 4-chord song. The point they’re making is that the same four-chord progression underlies a significant proportion of popular music, but the trouble is that for the non-musical person it’s not explained just what that means.

I know what a chord is, several notes played at once, but this is where yet again my music teacher fell short. It’s left to more YouTube research and a kind explanation from a hacker friend to understand that this refers to the repeating pattern that underlies a song and holds it together. It’s played on the left hand on a piano an octave below the melody, or in a guitar rock band it’s the job of the bassist. Who knew! There are even formulae for those chords: a common one starts the first bar with a chord containing any note picked from the octave, the one six above it, and another six above that, then shifts the whole lot down by six notes in the second bar, up by two in the third, and down by 4 in the fourth. You then repeat these four bars ad infinitum, and immediately it starts to sound like a vaguely identifiable pop song you can’t quite put your finger on.

The rest of the composition comes from the melody — the lead guitar and singer, or the right hand on the piano — and the percussion as provided by a drummer. The melody simply starts with the same note you picked for the first chord in the previous paragraph but in the octave above, and then spins its tune around that. A musical ignoramus like me can create something passable after a while by messing about in a sequencer, but if that fails there’s even an open source database to mine. Finally the percussion is created by creating a repeating pattern of drum and other sounds in the same 4-bar unit as those chords. It’s only taken decades but finally I understand something about how the music I hear is assembled, and with a bit of absurdly easy work I can create a bit of generic sounding EDM that with the addition of some 1970s children’s TV samples might even have got me in the dance charts had I done it on my Amiga back in 1991. I’m a rock star!

The Real Problem With Not Learning Stuff

Of course, merely knowing a tiny bit about how a pop song is assembled does not make me a musical maestro, because while I may have learned something I am still almost entirely devoid of musical skill or talent. But the point I’m trying to make here is that by changing the way I learned it from the chalk-and-talk of my teacher to a hands-on breakdown of the music itself means I’ve learned far more about real music in a very short time than I ever did at school, and more to the point it’s stuck rather than drifted past me into the ether.

While my musical adventures are an entertaining diversion they served as a demonstration to me that I could have understood this stuff years ago if only the teaching style had matched my ability to learn. With the utmost respect to those who earn a living in music it’s clear that the subject was never going to form part of my career, but it’s certain that the same inadequate teaching style will have held me and my friends back in other subjects that could have been useful to us. It’s annoying at a personal level, but if teaching is failing so many people across our section of society then it also becomes an issue with a wider effect on society.

The worst part of all this is that we can see today’s kids like us showing up in hackerspaces with this educational damage pre-installed, and there’s nothing we can do to change an educational establishment that revolves only around stuffing in facts to be regurgitated on an exam paper. At least once they’re past that mandatory teenage purgatory we can help them learn some useful stuff.

Design and Build Your Own Circular Slide Rule