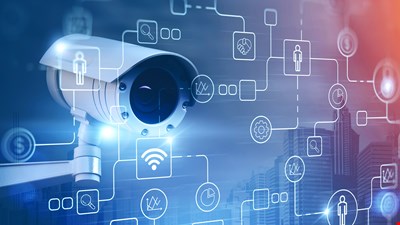 Most senior executives believe more money is needed to protect trade secrets from malicious third parties and insider threats, and many are prepared to spy on staff to do so, according to a new study from global law firm CMS.

The firm commissioned The Economist Intelligence Unit to interview over 300 senior corporate executives from various sectors in China, France, Germany, Singapore, the UK and the US.

Three-quarters (75%) agreed that greater investment was needed to guard trade secrets, with cybersecurity (49%) and employee leaks (48%) viewed as the most serious threats.

Most pointed to lost business and competitive advantage as the main risk of not doing so.

Security controls (53%) were seen as the most important step, followed by confidentiality agreements and policies (46%) and restricted access (42%). Less than a third (31%) thought that creating a culture that incentivizes trade secret protection would be effective.

When it came to mitigating the insider threat, around a third of respondents are planning various measures over the next two years, including changes to company culture, avoiding cloud storage, new offboarding measures and encouraging the reporting of leaks.

Controversially, a similar number (33%) said they were planning surveillance of employees’ digital activity. Those in China, Singapore and the US were most likely to snoop on staff, with European respondents more reluctant, due to GDPR safeguards.

“Companies must find the right balance between perfecting their cybersecurity protections and creating a healthy company culture that incentivizes trade secret protection and encourages speaking up through appropriate channels — even the most rigorous of protocols won’t prevent every employee leak or a disgruntled whistleblower,” she added.

“The pandemic has opened doors to a digital workspace, where it’s easier for employees to accidentally or purposefully access and expose confidential information. It is impossible to protect trade secrets if employees are not aware of the sensitivities around these assets, so putting the right values and measures in place has never been more important to an organization’s success.”

What is Endpoint Detection & Response (EDR) and How Does It Differ from Traditional Antivirus?

Does My Company Need a (Virtual) Data Protection Officer?

What is Endpoint Detection & Response (EDR) and How Does It Differ from Traditional Antivirus?

Does My Company Need a (Virtual) Data Protection Officer?