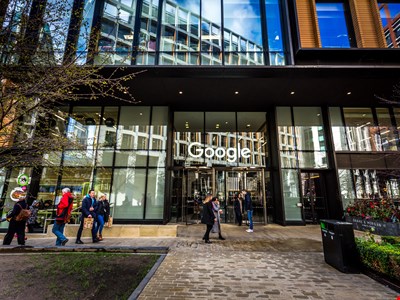 The French antitrust regulator has fined Google €220 million ($268 million) for abusing its dominant position in the online advertising market.

The fine, which Google has not disputed, was levied because the tech giant favored its own Google Ad Manager technologies.

This put competitors — such as publishers News Corp, Le Figaro group and the Rossel La Voix group, who brought the initial complaint — at a disadvantage, according to the Autorité de la concurrence.

The proprietary technologies in question were the DFP ad server — which allows site and app publishers to sell their advertising space — and the SSP AdX sales platform — which enables publishers to sell impressions to advertisers.

Autorité de la concurrence president, Isabelle de Silva, argued that this investigation was the first to look into the algorithmic processes by which online display advertising works.

“The particularly rapid investigation revealed processes by which Google, building on its considerable dominance in ad servers for websites and applications, outperformed its competitors on both ad servers and SSP platforms,” she added.

“These very serious practices penalized competition in the emerging online advertising market, and allowed Google not only to maintain but also to increase its dominant position. This sanction and these commitments will make it possible to re-establish a level playing field for all players, and the ability for publishers to make the most of their advertising space.”

Google France legal director, Maria Gomri, said the firm had “agreed on a set of commitments to make it easier for publishers to make use of data and use our tools with other ad technologies.”

These will be tested and developed over the coming months, with some changes set to be rolled out globally, she added.

Google has been on the receiving end of multiple fines in Europe over recent years, most notably a $1.7 billion antitrust penalty from the European Commission in 2019 — again for abusing its dominant position in the online advertising market.

The tech behemoth was also one of the first to receive a major GDPR fine, when the French regulator CNIL imposed a €50 million penalty for failing to notify users about how their data is used.

Processor Versus Controller: What Do These Privacy Terms Mean? And Does One or Both Apply to Your Business?

Processor Versus Controller: What Do These Privacy Terms Mean? And Does One or Both Apply to Your Business?