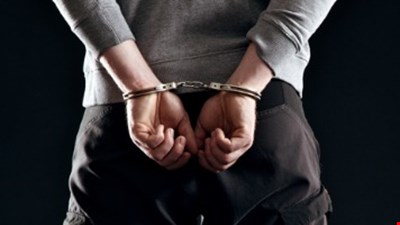 Europol has revealed the arrest of an Italian national suspected of paying for a hitman via a dedicated dark web site.

The unnamed suspect reportedly paid €10,000 in Bitcoin to have their ex-girlfriend murdered. They visited a website hosted on the TOR network which advertised assassination services.

Specifically, it was able to carry out “urgent, complex crypto-analysis” which unmasked the identity of the cryptocurrency service provider used by the suspect. The Italian police then followed-up with the provider to demand additional details on the individual.

The speed at which this phase of the investigation proceeded is said to have saved the life of the target.

The use of violence by organized crime groups has increased over the past few years, with gangs increasingly willing to deploy deadly violence, according to a Europol report from February.

It claimed that a growing prevalence of younger, more inexperienced hitmen are lowering the cost of contract killings across the region.

“Hired assassins often remain under the radar as they are not a part of the organized crime group,” the report added.

The use of dark web sites to advertise the services of killers-for-hire is nothing new, but arrests are few and far between.

Back in August 2020, a New Jersey man was charged with paying a hitman $20,000 in Bitcoin to murder a 14-year-old with whom he had exchanged sexually explicit images.

However, that plot was uncovered after the individual had already been arrested and charged with other offenses. In this case, it appears the murder-for-hire site he used was set up to extort ‘clients.’

Nixon Drove “balkanization and polarization” While Claiming the Opposite

FBI hacked in multiple companies’ Exchange servers to save them from cybercriminals. Who will save companies outside the US?

Nixon Drove “balkanization and polarization” While Claiming the Opposite