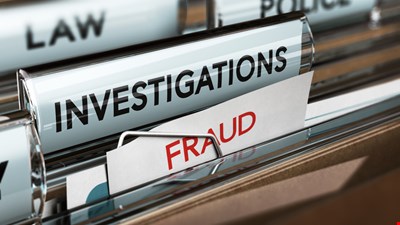 The owner of two companies based in Virginia has pleaded guilty to orchestrating a million-dollar fraud scheme, engaging in unlawful monetary transactions, and receipt of child sexual abuse material (CSAM).

According to court documents, the 56-year-old started engaging in multiple fraud schemes starting around 2017 to prevent his businesses from failing and to maintain his lifestyle in the absence of legitimate income.

Among the schemes orchestrated by Miller was one in which he represented himself in an online forum as a high-net-worth individual with multiple advanced degrees. Miller falsely claimed on the forum to be an expert in investing in tech companies and made other misrepresentations.

From at least ten individuals whom he met via the forum, Miller fraudulently obtained around $1m between 2017 and 2018.

Miller lied again about his educational achievements when carrying out another fraudulent scheme to divert a federal subcontract to G3 Systems.

“Once he secured the subcontract, Miller submitted fraudulent timesheets and invoices to obtain more than $300,000 in payments from the prime contractor,” said the US Attorney’s Office for the Eastern District of Virginia.

“Between 2018 and 2019, Miller took checks he received from the contractor to a check-cashing store in Richmond to convert the proceeds of the contract-fraud scheme to cash.”

A further search warrant was obtained specifically targeting such material. While executing that warrant, agents discovered more than 700 sexually explicit videos and photographs of minors. The cache had been obtained by Miller between August 2017 and September 2000.

Miller pleaded guilty to the three charges on February 16 and is due to be sentenced on June 14. For the wire fraud and unlawful monetary transaction offenses, he faces a maximum total penalty of 30 years in prison, respectively. The receipt of child pornography offense could extend Miller’s custodial sentence by a maximum of 20 years.

The Security Wisdom of the All-Knowing CISO

How Cybercriminals Profit from a Data Breach

How Cybercriminals Profit from a Data Breach