Lack of Funding Could Lead to “Lost Generation” of Cyber-Startups 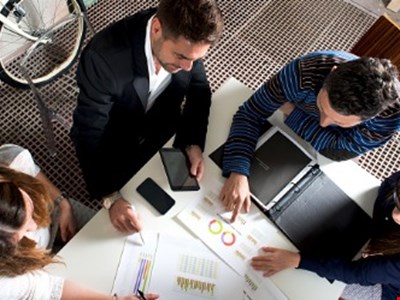 Lack of Funding Could Lead to “Lost Generation” of Cyber-Startups

Early-stage cybersecurity companies in the UK have seen a year-on-year funding decline of 96% since March 2020, a trend which threatens to significantly curtail advancements in the sector. This is according to a new analysis by innovation center Plexal and database for fast-growth companies, Beauhurst, which found that cybersecurity startups seeking funding for the first time received only £11.9m in investment since the start of the COVID-19 lockdowns. This compares to £265m during the same period in 2019.

This is despite UK cybersecurity startups as a whole securing £651m since the pandemic struck, which represents a year-on-year rise of 52%. While average investment in these companies was larger, with a wider range receiving capital compared to 2019, funding was almost entirely targeted towards businesses with a proven track record. This included a number of very large follow-on investments to companies such as OneTrust (£224m), Synk (£154m) and Privitar (£70m).

This imbalance has led to fears of a “lost generation” of cyber-startups, which could be damaging to the industry over the long-term.

Saj Huq, director of innovation at Plexal and director of the London Office for Rapid Cybersecurity Advancement (LORCA), commented: “While increased total funding demonstrates the relevance of cybersecurity and shows that the UK’s cyber-industry has not been impacted to the same extent as others, the almost complete absence of backing for early-stage firms puts the sector’s future at risk. It is these companies that we will ultimately rely on to solve the inevitable new cyber-challenges arising from a society that is increasingly digital-first.

“COVID-19 has accelerated digital transformation, increased the demand for digital services and reinforced the relevance of security as a crucial business enabler. More cybersecurity companies are receiving investment as a result, but the caution exercised by investors is preventing the UK’s cyber-sector from becoming the key driver of the economic recovery that it should be. Investors, industry, academic institutions and government must come together to safeguard the future of our brightest, early-stage cyber-startups or they could become a lost generation.”

The analysis of nearly 40,000 startups and fast-growth businesses also showed that the cybersecurity startups had faired substantially better than counterparts in other sectors. While the number of deals involving cybersecurity startups went up by 33% since March 2020, deals across all sectors fell by 26% in the same period.

Last year, LORCA revealed that cybersecurity startup and scaleup firms that have progressed through its innovation program have collectively raised over £150m in investment in two years, 280% above its original target.